When the artist Caroline Schlyter was a sculpture student at Konstfack (University College of Arts, Crafts and Design, Stockholm), she was in 1988 given an assignment to create a three dimensional letter of the alphabet. At that point an idea was born within her which came to engage her for several years and that grew into an extended project.
She undertook the letter ”h”. A letter which fulfilled her concern for line, space and voids. She sketched, worked with models, sawed out forms in solid wood, turned and twisted ribbons of veneer and hammered plate metal. She discovered the ”h”’s likeness to seat furniture and wished to test the form in a larger scale. Could one perhaps sit on an ”h”?
The archetype to her collection ”The h-Family” was in the making. Those furniture manufacturers she contacted said ”no”. It would not be possible to produce a so advanced form in laminated  wood. A ”no” which for Caroline turned into a firm ”Yes, it is possible”. In Konstfack’s carpentry department she succeeded in developing a first prototype of the ”h” chair. It was molded in one single piece of laminated birch veneer. Sculptural and undulating, blond and light, the ”h” chair landed quickly on the cover of several international magazines and was exhibited at London’s Design Museum and at the Louvre in Paris the following year.

The ”h” Family
With the years the ”h” chair has gotten company; a whole family with ”Tripp”, ”Trapp” and ”Trull”, all tables of three different sizes. ”Little m” is a children’s chair of round soft lines. ”The Aunt” is a ceiling reaching mirror on a curvy base. And ”Fido” a tea-trolley, another roundly formed family member.
The three piece seating-set with rice filled cushions made of horse hair fabric goes under the pet name ”The Lover” but actually is named ”Indiscreet”. For even if two sit and whisper to each other a third hears directly what is said.
The entire collection of furniture sculpture gives witness to Caroline Schlyter’s background as a classically educated fine artist and a sculptor who is inspired by line, rhythm, movement and of the space created in the voids. An unbroken line and a functioning form independent of the viewpoint from which one observes the object is her guiding star. In 1992 the ”Swedish Mark of Excellent Design”(Utmärkt Svensk Form) was given her ”h” chair.

Text from the exhibition catalogue: The h-Family – an exhibition about form, inspiration & technique. Riksutställningar/Swedish Travelling Exhibitions 1997 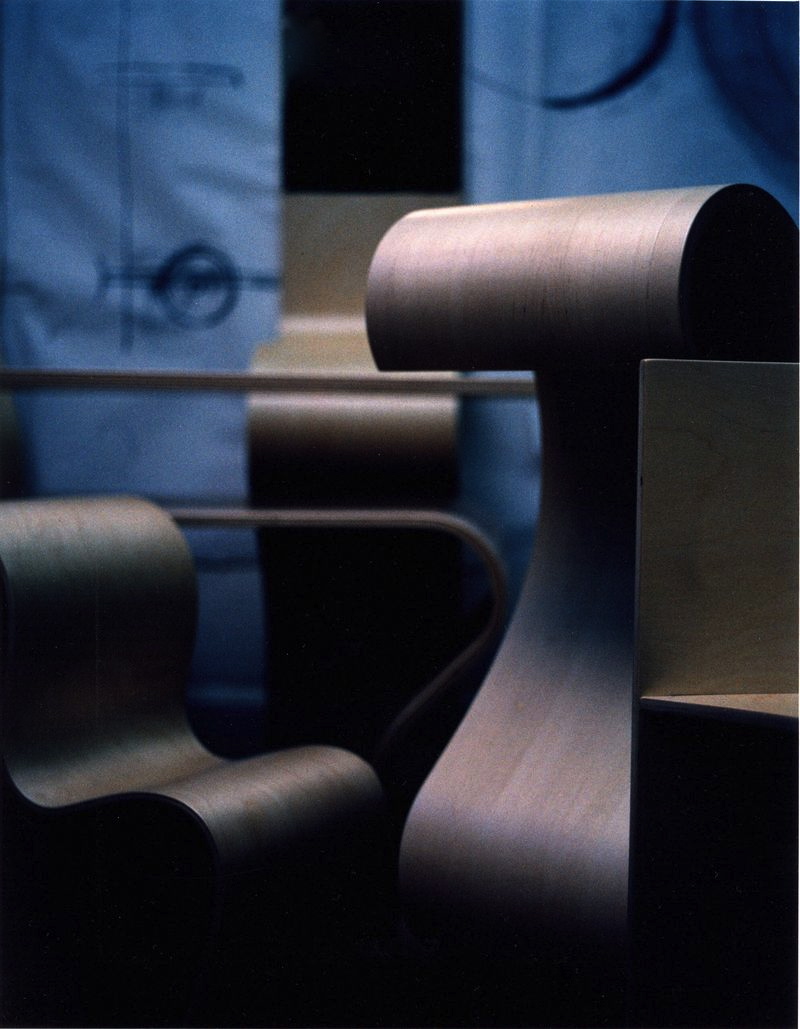 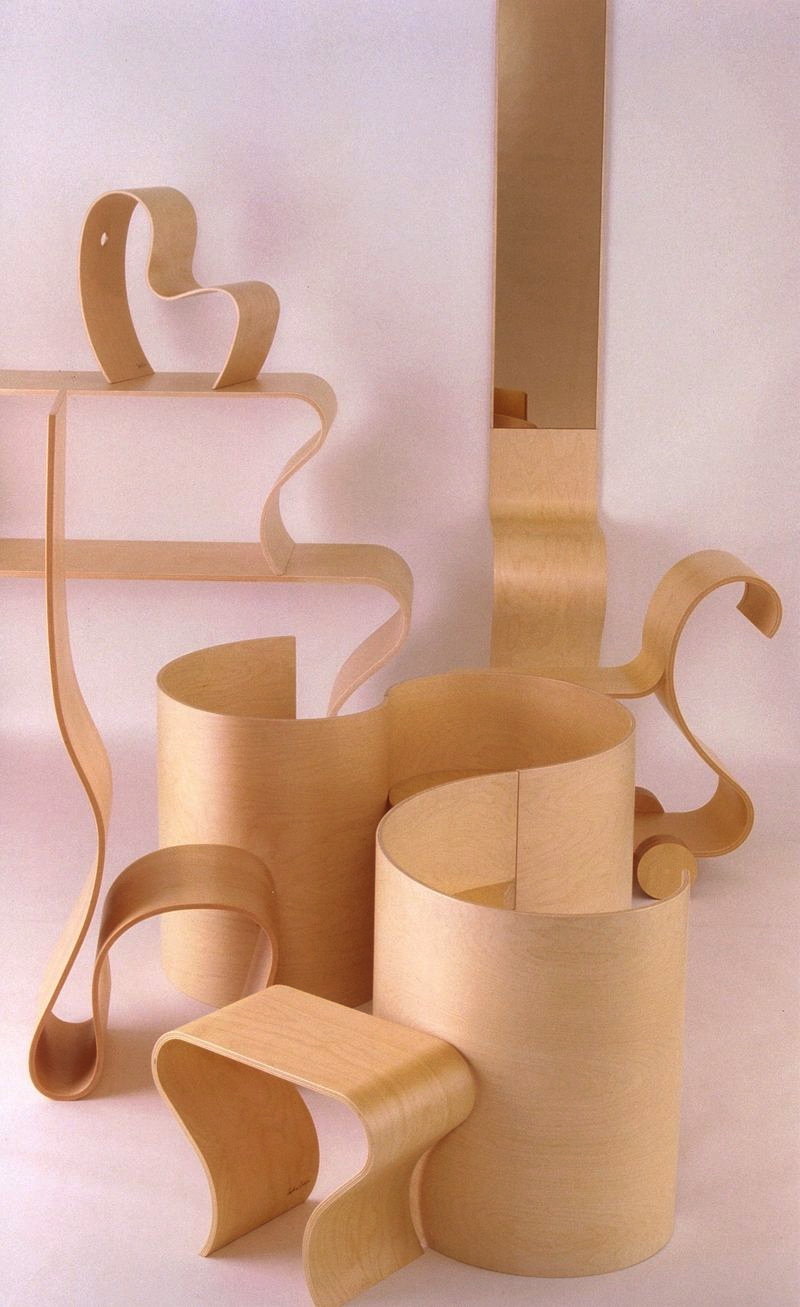