When the artist Caroline Schlyter was a sculpture student at Konstfack (University College of Arts, Crafts and Design, Stockholm), she was in 1988 given an assignment to create a three dimensional letter of the alphabet. At that point an idea was born within her which came to engage her for several years and that grew into an extended project.
She undertook the letter ”h”. A letter which fulfilled her concern for line, space and voids. She sketched, worked with models, sawed out forms in solid wood, turned and twisted ribbons of veneer and hammered plate metal. She discovered the ”h”’s likeness to seat furniture and wished to test the form in a larger scale. Could one perhaps sit on an ”h”?
The archetype to her collection The h-Family was in the making. Those furniture manufacturers she contacted said ”no”. It would not be possible to produce a so advanced form in laminated  wood. A ”no” which for Caroline turned into a firm ”Yes, it is possible”. In Konstfack’s carpentry department she succeeded in developing a first prototype of the ”h” chair. It was molded in one single piece of laminated birch veneer. Sculptural and undulating, blond and light, the ”h” chair landed quickly on several international magazine covers and was exhibited at London’s Design Museum and at the Louvre in Paris the following year. In 1992 the "Swedish Mark of Excellent Swedish Design"(Utmärkt Svensk Form) was given her "h" chair.

Text from the exhibition catalogue: "The h-Family - an exhibition about form, inspiration & technique. Riksutställningar/Swedish Travelling Exhibitions 1997 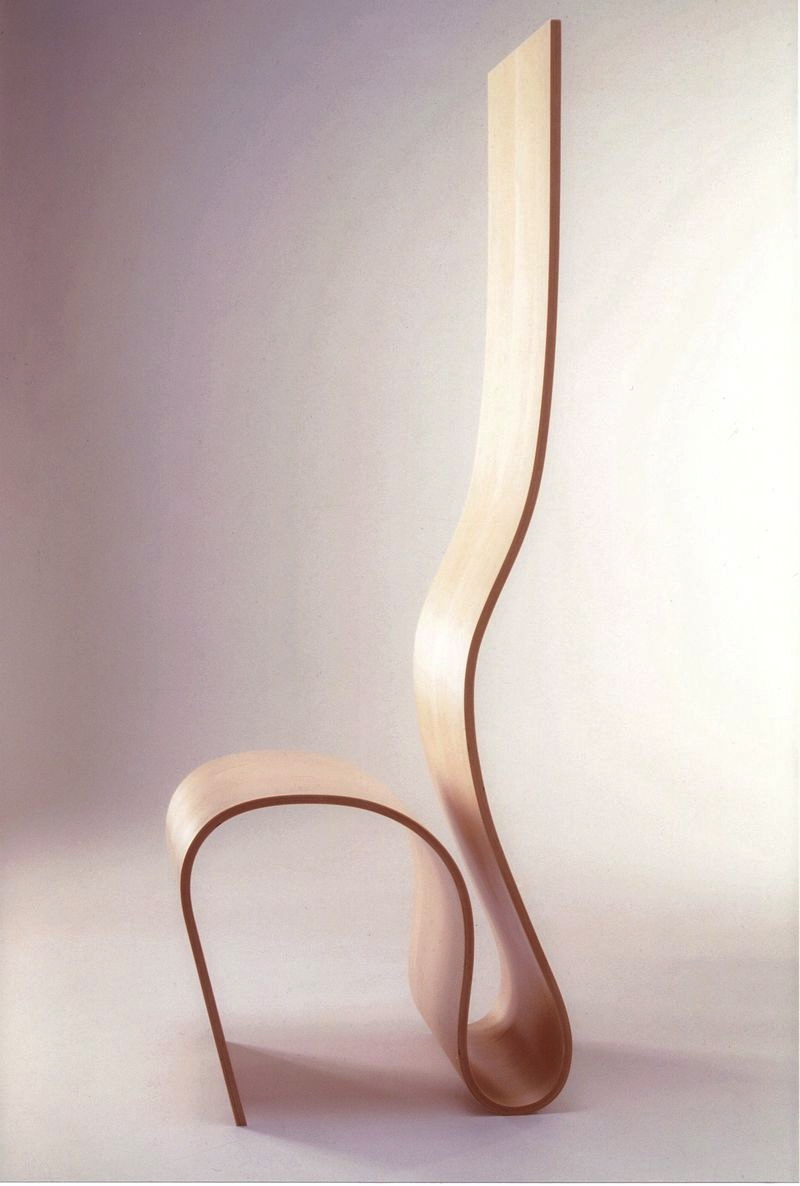 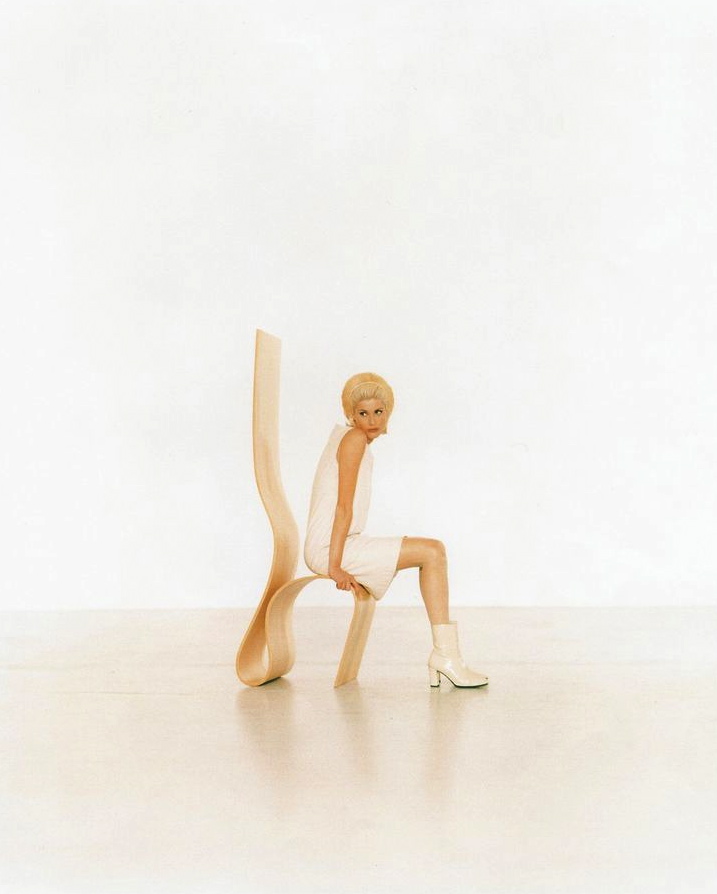 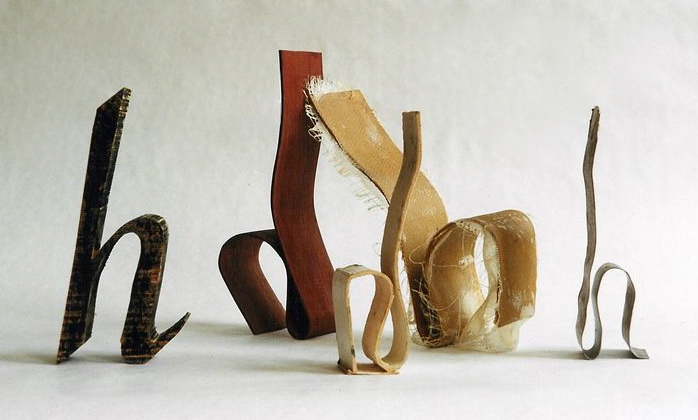